Can Chlamydia Be Transmitted Orally?

Chlamydia is amongst the most commonly transmitted urogenital infections in the United States and the most common sexually transmitted disease in the world. It is twice as commonly observed in women in the US as compared to men. The age group most affected by this infection is between 15 to 25, which is proposed to be due to high sexual activity. Due to the increasing number of cases, many studies have been conducted on chlamydia and all the routes through which it may be transmitted. 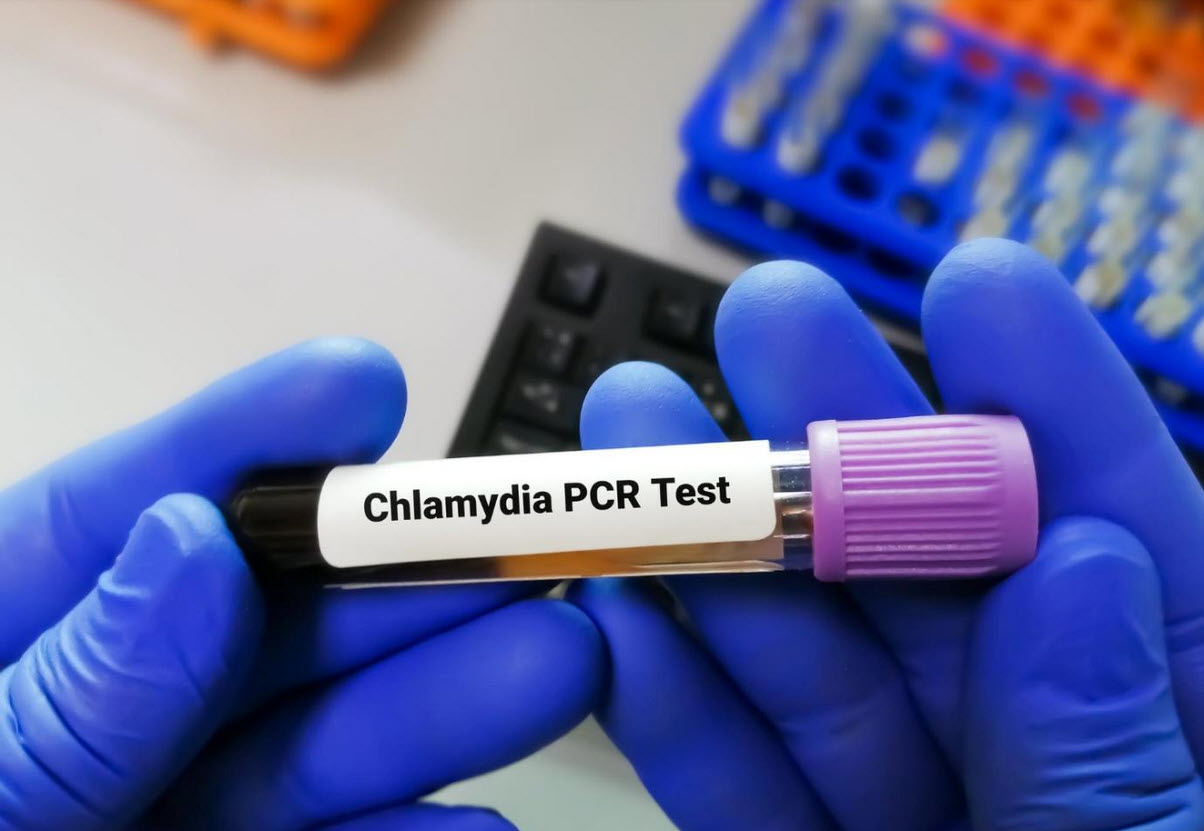 However, it is easily treated with antibiotics. If you think you may have chlamydia, it is crucial to see a doctor or health care provider for testing and treatment.

The region of the body most commonly affected in females is the cervix. This may lead to cervicitis, Urethritis, proctitis, perihepatitis, and even pelvic inflammatory disease.

Since it mainly affects the reproductive tracts in females, it may lead to a greater risk of infertility and ectopic pregnancy. (1) This may also pose a greater risk in pregnant women who catch the infection. Women who have genital chlamydia may also transfer it to their babies during vaginal delivery. This may be exhibited in newborns as pneumonia or conjunctivitis.

However, conjunctivitis is not only limited to the babies but may also affect the adult males and females with Chlamydia infection. Chlamydia in men may most commonly present itself in the form of Urethritis, prostatitis, reactive arthritis, proctitis, and epididymitis. (2)

Signs and Symptoms of Chlamydia Infection

The signs and symptoms of chlamydia may be characterized on the basis of the area that is being infected. These may be unique for cervicitis, Urethritis, Prostatitis, reactive arthritis, conjunctivitis, and even pharyngitis.

How is Chlamydia Transmitted?

However, recent studies have found the transmission of chlamydia to be much more complex than it was previously proposed to be transmitted. The three main areas of the body which are associated with transmission of the infection include the urethra, anus, and the oropharynx. While the transmission via the anus and urethra have been studied vastly in the past, more attention is now being given to its transmission orally. This is why an increasing number of studies are now being conducted on the potential practices like kissing and oral-anal sex as a possible route for transmission. (5)

Oral chlamydia is relatively rare, but it can occur if the bacteria come into contact with the mucous membranes in the mouth. This can happen through kissing, sharing sex toys, or contact with infected body fluids. The oral transmission of chlamydia was further evaluated in a case-control study conducted on men attending an STD clinic between 2011 to 2013. The study aimed to assess the ratio of cases of Urethritis that were developed after oral sex. The collected data showed 27.5% of the men to have gonococcal Urethritis, 31.4 % to have Chlamydial Urethritis, and 36.9% to have non-chlamydia Urethritis after urethral exposure to their oropharynx. The study concluded by stating the oral route, including the pharynx, to be an important transmission route for chlamydia and other pathogens. (6)

Although it was previously proposed that oral activities like dry kissing, wet kissing, and oral penile sex without ejaculation may also lead to the transmission of chlamydia, recent studies have found this to be untrue. This was seen in a study conducted on HIV-negative homosexual men living in Sydney, Australia. The results showed a higher proportion of the reported infections to be caused by oral sex involving ejaculation while finding no association of infection transmission with practices like kissing and oral sex without ejaculation. (7)

How Artificial Intelligence can help identify skin diseases in Nigeria