Interview with a pediatrician dermatologist on children’s skin rashes 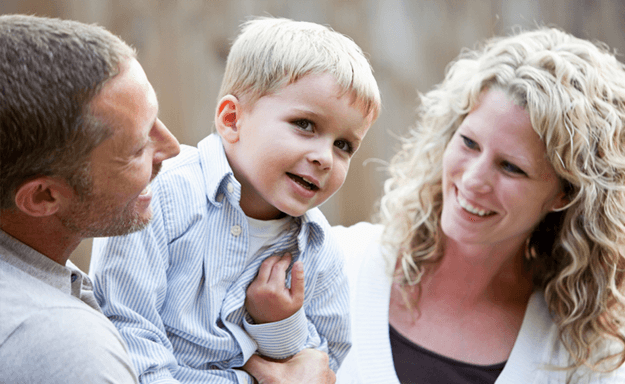 The fact that small children sometimes get “red spots” or “red rashes” it is inevitable – it’s childhood, the body is training the immune system. It is extremely unusual with malignant skin lesions in children, but parents naturally want to know what their child’s rash or spot could be.

Says Dr Rehnstrom, pediatrician that has an interest in children’s skin problems.

– Some spots can be assessed quite easily using a good image and a description.

Baby acne can for example have many different appearances, they are easy to diagnose, because they are transient and completely harmless. 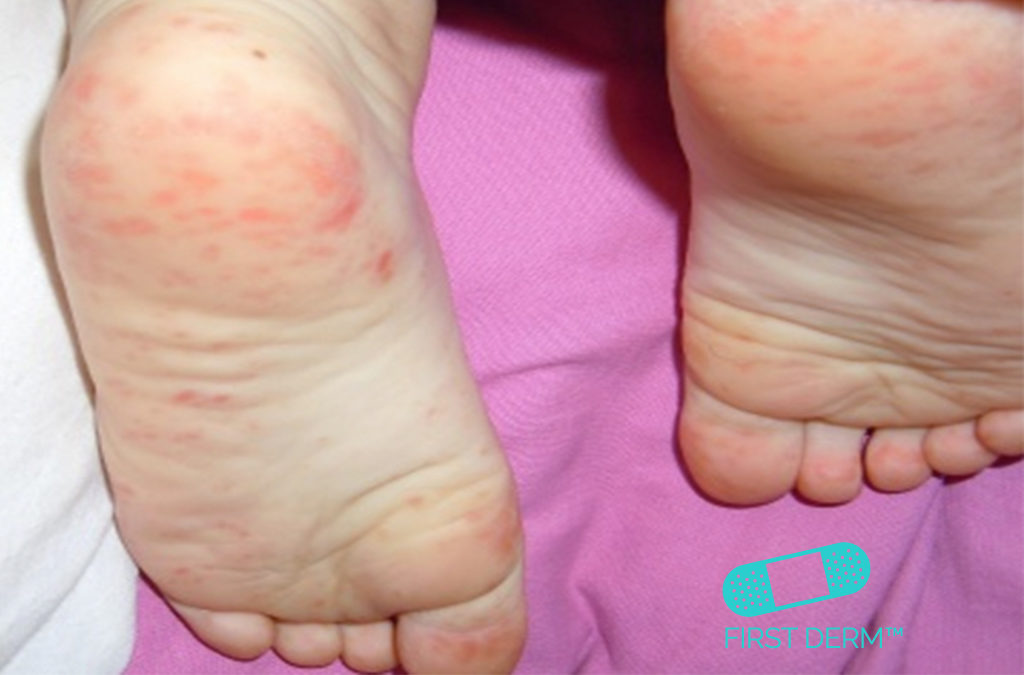 Sudden appearing spots and clustered rashes are often caused by virus, such as chickenpox, fifth disease or three-day fever. Often – but not always – the child has other symptoms such as fever. Virus rashes usually go away pretty quickly.

Hives are also spots or flares that can pop up quickly and itch intensely. They can be caused by many different things, such as some type of food, heat, infections or insect bites, but in most cases it is difficult to say exactly what is the underlying cause.

– Hives can effect both young children and adults. Anti itch balms can help, hydrocotizone and sometimes antihistamines may be needed.

If a child gets a sudden rash, it is recommended to keep an eye on what the child ate at that moment. There are some foods that are commonly associated with allergic reactions, such as, strawberries, green peppers, shellfish and orange, says Dr Rehnstrom. 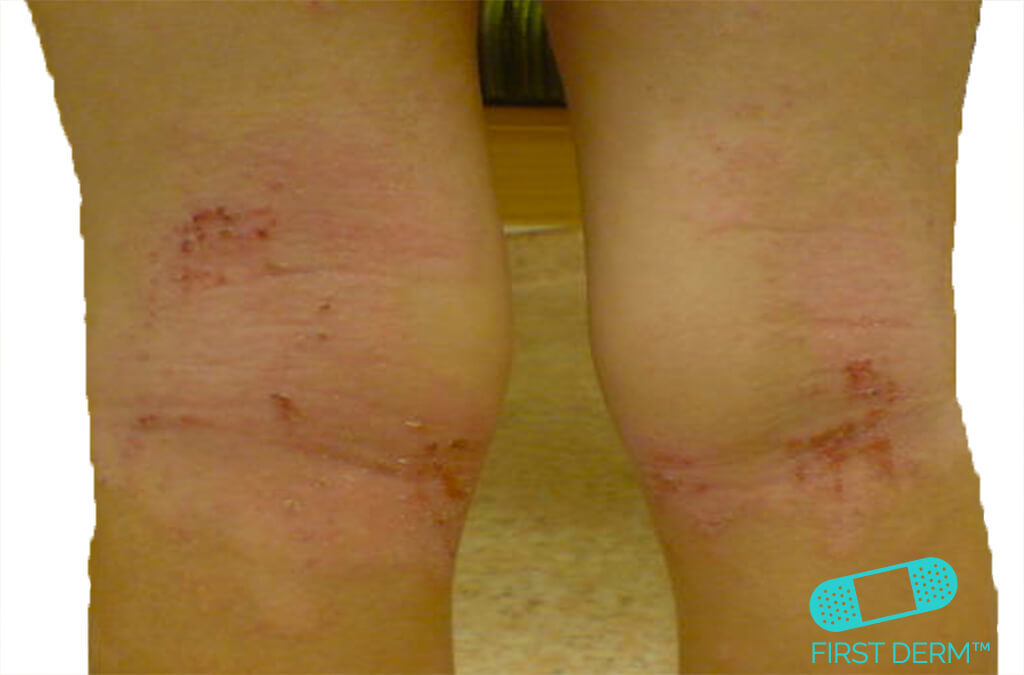 Dryness is a common problem with young children skin, it gets easily chapped and thus vulnerable to develop into eczema, bacteria or fungus infections.

The best way to avoid dry skin is not to wash too often. Avoid soap, oils and creams if they are not really needed. Common water is enough to get rid of most things.

– Neither shampoo nor soap is really needed at all during the child’s first two to three years, says Dr Rehnstrom. But, of course, one can create a need – which is in line with cosmetic companies.

Eczema needs to be well moisturized, properly and often, with softening creams- creams that contain urea will help build a barrier to keep moisture in the skin.

For example, small children can get eczema when they start eating eggs, milk or fish. And hypersensitive babies who are still breastfeeding can develop eczema if the mother is eating these foods.

– Sensitivity usually goes away over time, but as a parent you can try to remove what you suspect provokes the eczema for a period of time.

So-called atopic eczema can be difficult to treat, they are due to an inflammatory reaction in the skin and can easily lead to a vicious circle of itching, skin irritation and potential secondary infections. A child with atopic eczema usually have some other type of allergy as they get older such as hand eczema when they are adults.

– The skin becomes red, thickened and scabbed. Atopic eczema can sit a little anywhere – around the eyes, the arm folds, on the knee folds. Some children get easier eczema than others, the tendency is partly hereditary. 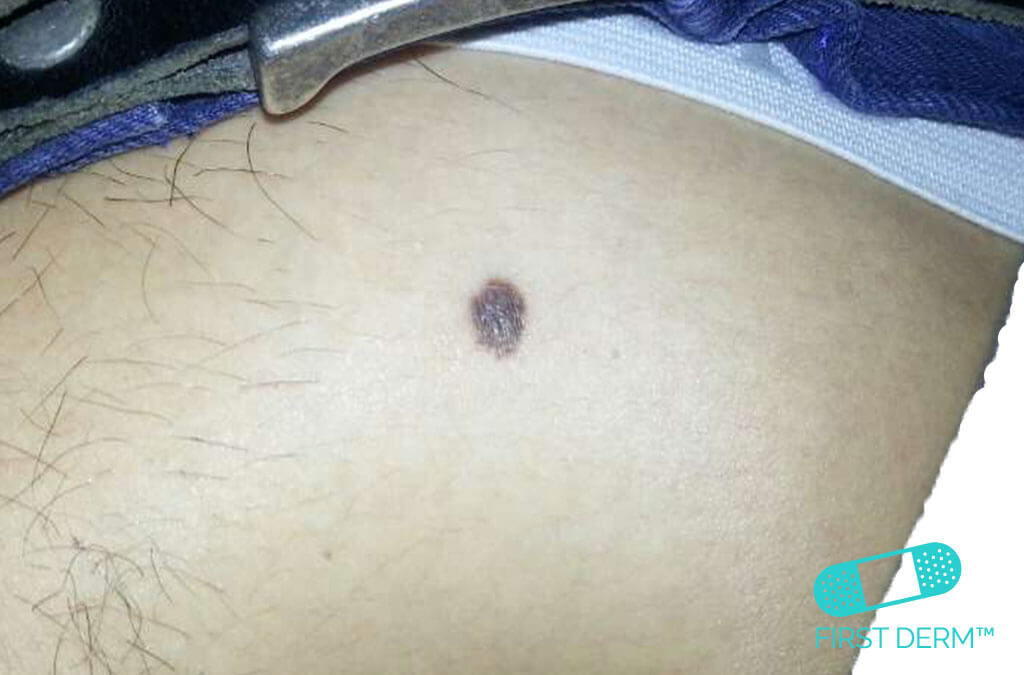 Contrary to what the name suggests, birthmarks may appear even after birth. New brown spots – moles – can for example appear throughout life.

– Moles on a child are rarely dangerous. Moles that develop into cancer are most often due to exposure to sun for many years and sun burns, says Dr Rehnstrom.

Café-au-lait spots are a type of birthmark consisting of a small area of ​​pigmentation, light brown skin skin patches, it can look as some coffee has been spilt. Congenital or early birthmarks grow as the child grows, sometimes they also grow when they are adolescence, they will then sense to get bigger. 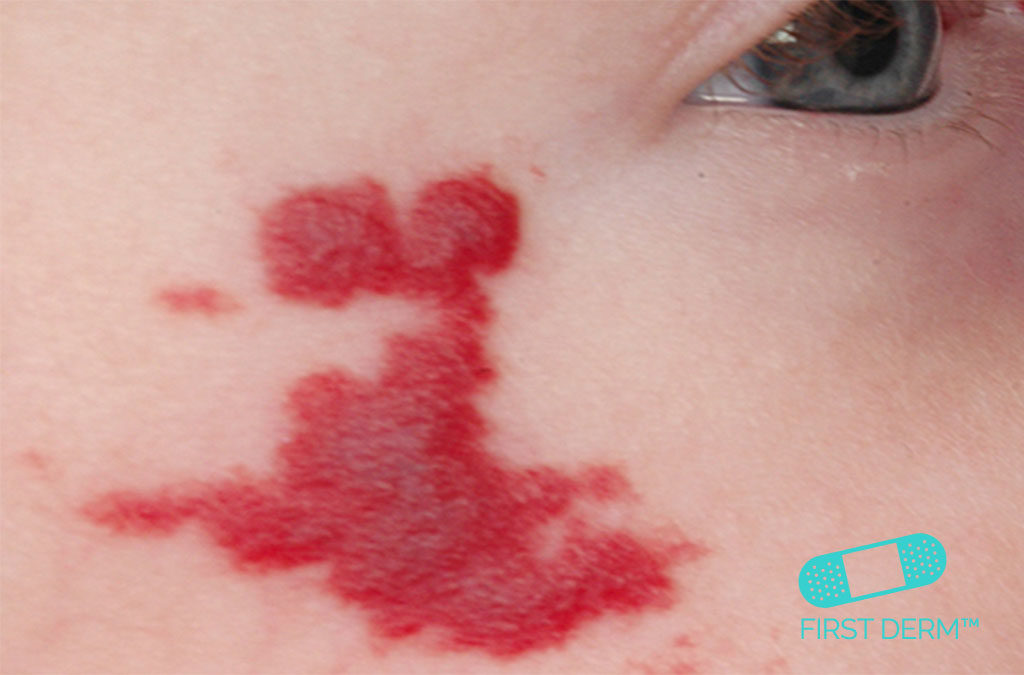 Another type of birthmark is hemangioma, it is a benign “blood vessel knot” that may be bright red, pink, or bluish.

– Hemangiomas are either present at birth or they grow during the child’s six to seven first months of life. So-called “salmon patch”, which are red and slightly elevated, they usually disappear by themselves within a few years, says Dr Rehnstrom.
A “Stork bite” (often on the neck or forehead) is a common, slightly more extensive blood vessel erythema that are a kind of hemangioma  that do not usually go back spontaneously.

These type of skin lesions can look particular, they are easy to capture with a camera if you want to ask for a doctor’s assessment. Then there are rashes that are very difficult to assess, even with an in person medical examination, such as fungus, that can be confused as eczema, where a culture might be needed.