How Do You Get Monkeypox? 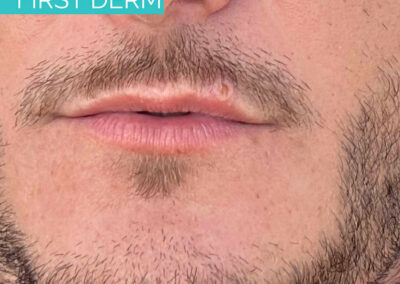 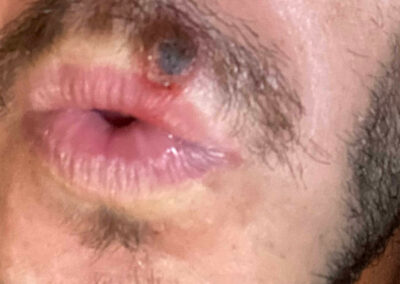 Monkeypox – All You Need to Know

Monkeypox virus was first recognized in 1958 in lab monkeys who were being transported to Denmark for research. However, it was not until 12 years later that this virus finally infected a human being in 1970. The first case of monkeypox was in a child from the Republic of Congo, who was initially suspected of having smallpox. (1)

Now, in recent news, The World Health Organization says it is working on changing the disease’s name together with experts. This decision was made after more than 30 scientists mentioned the “urgent need for a non-discriminatory and non-stigmatising” name for the virus and the disease it causes. Referencing the virus as African is both inaccurate and discriminatory, they said. (8)

As we wait on the decision to this ongoing conversation, let’s dig further into this disease. Similar to the previous article where we wrote about monkeypox, this article focuses on the details of how monkeypox may be transmitted, the changes it makes in the body, and how it may be treated.

Monkeypox is an infectious condition that is once again on the rise. It is caused by the virus known as the Monkeypox virus, belonging to the family of Poxviruses. Other viruses which lie in this category include those causing smallpox or cowpox. This particular virus is large in size, and electron microscopy may show it to be brick-shaped and measure up to 250 nanometers. (2)

What are the Symptoms of Monkeypox?

Individuals who present with symptoms of monkeypox have a history of traveling to endemic areas, having close encounters with wild animals, or working in a setup where they provide care to infected animals.

These symptoms commonly include:

While fever, myalgia, fatigue, and headaches are amongst the initial symptoms of the infection, the mucosal lesion usually develops one or two days after. The mucosal lesions are then followed by skin lesions that most commonly affect the skin of the palms, soles, and the face. The number of these lesions may vary from person to person. They may be small in number but can also be as high as thousands. (3) Once the lesions erupt, they pass through four known phases: the macular phase, papular phase, vesicular phase, and then the pustular phase.

After reaching the last phase, known as the pustular phase, the lesions remain for a week, after which they are converted to crusts. These crusts disintegrate over the two weeks. Hence, it is generally suggested that the symptoms usually resolve on their own by the fourth week after the infections. (4)

How is Monkeypox Transmitted?

The individuals who are considered at risk for monkeypox include those living in the rural areas of western Africa, those living in forests of Africa, those who are responsible for preparing and handling bushmeat, and those who are assigned to take care of an animal or individual infected with monkeypox, and even those individuals who are not vaccinated for smallpox. (5) (6) Compared to females, males are also considered at a higher risk for monkeypox.

Monkeypox is mainly transmitted through direct skin-to-skin contact, exchange or exposure to body fluids, exposure to respiratory droplets, or contaminated fomites. According to the CDC, individuals infected with monkeypox should be isolated in a negative pressure room. This may prevent the transmission of the virus by airborne droplets from person to person.

Once the virus enters the body from any route, whether it is the skin, the nose, or the mouth, the monkeypox starts replicating at the entry site. Once they have replicated adequately, the virus begins spreading to the lymph nodes around its entry site. The viremia caused by this then causes the spread of the virus all over the body and starts affecting the organs. This period, which is also referred to as the incubation period, may last from 7 days to 21 days.

Once the symptoms start and the patient presents with fever and lymphadenopathy, they are considered to be at the infectious stage. This means they can transfer the virus to those around them and should isolate themselves during this period. (7)

How is Monkeypox Diagnosed?

During the monkeypox outbreak in the United States in 2003, the CDC laid out criteria for the diagnosis of monkeypox; however, these do not apply to the other endemic countries. This is because as more individuals become infected with the illness, the specificity of the criteria also decreases.

The commonly recommended methods for the detention of the monkeypox virus include a PCR test or a viral culture. These can help detect the DNA of the virus through the specimen collected from an infected individual. On the other hand, it may also be detected by visualizing the electron microscope, staining orthopoxvirus antigens, or conducting serum studies for its antibodies. (3)

Like most viral infections, the treatment options for monkeypox are usually supportive in nature until the virus completes its cycles in the body. Individuals who have been infected with monkeypox should be kept under observation by a health professional. Their symptoms and temperature should be checked twice every day for 21 days or until the symptoms completely subside. The infectivity of an individual can be evaluated based on their symptoms. Once the symptom subsides, the individual is considered infection-free. Individuals who have been affected with severe forms of the infection may be recommended to take viral release inhibitors like Tecovirimat, DNA polymerase inhibitors like Brincidofovir, and intravenous immunoglobulins.

However, the exact effectiveness of these is still under investigation. Health professionals also emphasize the importance of preventative measures for these infections. These include wearing a mask, keeping the lesions covered, and trying to keep the individual isolated. Vaccination for monkeypox is also recommended in the areas where they are available.

Monkeypox is a rare infectious condition caused by a virus that belongs to the family of orthopoxvirus, which includes other infectious viruses like smallpox or cowpox. Due to the increasing cases of monkeypox in some countries, new public interventions and investigations are being conducted. These include detailed case findings, contact tracing, clinical trials, lab investigations, and supportive care for the patients. In addition, some countries have also started conducting genomic sequencing to find out the exact type of monkeypox responsible for the recent increasing numbers.