First Derm Saved the Life of an Entrepreneur 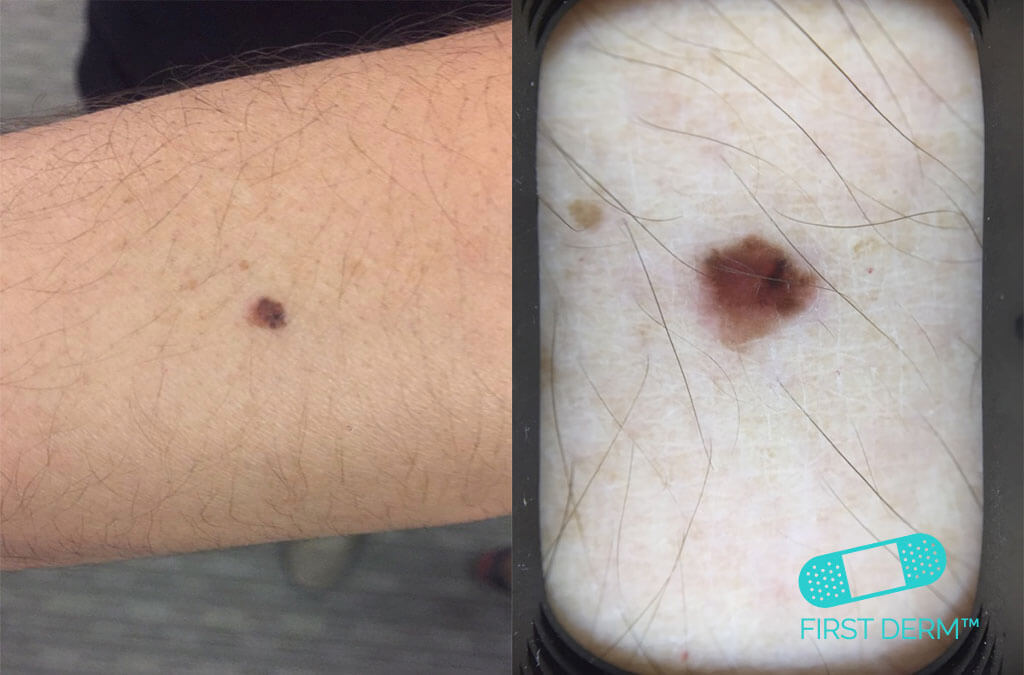 Ricardo Ibarra, the founder and CEO of Auctio, met our CEO Dr. Alexander Börve at a 500 Startup B18 happy hour last October. It was a typical San Francisco Friday evening for the startup founders, until Ricardo heard about First Derm’s teledermatology service and decided to send in a case. The next morning, he woke up to an answer from a board-certified dermatologist: 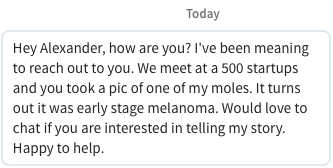 His advice for people who worry about moles and spots? “I know there are many [people] like me who don’t have time to take care of themselves. I want to tell my story to bring awareness to skin cancer,” said Ricardo. “First Derm is a very simple product, that can be used by anyone, anywhere, and has the potential to save your life.”

Prior to learning about First Derm, Ricardo suspected there might be something wrong with a changing mole on his left arm. But he didn’t have the time to go to a doctor or a dermatologist. So when Alexander said, “We can check your mole on your smartphone!”, Ricardo was relieved to hear that he could get care from a dermatologist right at his fingertips.

Running a startup meant long hours on the grind and setting aside as much time as possible for his wife Victoria and three-year-old daughter Victoria Emilia. After all, flying back and forth between New York and San Francisco didn’t leave much room for a doctor’s appointment.

Read about a user that did not pay for his consultation, what do you think is it malignant melanoma?

Even when Ricardo got the answer of a possible melanoma in October, he did not tell his wife until his return to New York after three months. Ricardo recalled the moment he received the answer, “I woke up freaking out and thought, ‘This is going to be bad.’”

One of his best friends from Colombia had a metastasized malignant melanoma. And the thought of having something like that–having skin cancer–drove Ricardo into denial.

In February, Ricardo went into a dermatologist’s office as recommended, and the biopsy confirmed the answer from First Derm. Within a week, the dermatologist removed the malignant melanoma with 5mm margins. Ricardo now has a scar, but is fully recovered and is more aware of his health. 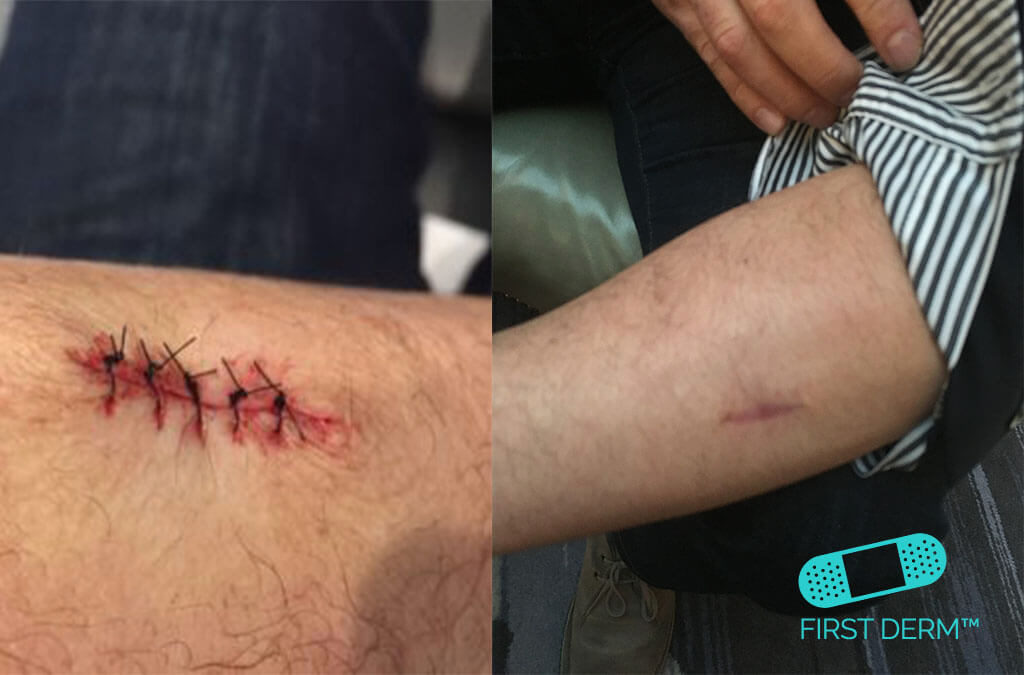 Skin cancer is one of fastest forms of cancer in the USA. But unlike other cancers, 95% of cases are curable if detected and treated early. Studies show that the accuracy of the diagnosis of a skin condition is higher if it comes from a dermatologist via images, versus if you visit a medical center and meets a general practitioner.

Seeing how First Derm’s technology saved Ricardo’s life, Dr Börve said, “Tele-dermatology is a great and simple way to ‘scale’ saving lives. I’m sure Dave McClure will be happy that First Derm saved one of his investments’ founder.”

Specialist doctor from the University Hospital in Gothenburg, alumnus UC Berkeley. My doctoral dissertation is about Digital Health and I have published 5 scientific articles in teledermatology and artificial intelligence.